Our Mark on this Land - Landscapes for the People - Davis Guides

Our Mark on this Land

Our Mark on this Land

Our Mark On This Land by Ren and Helen Davis provides an historical understanding of the era in which the men of the Civilian Conservation Corps (CCC) worked, the hardships and deprivations of the Great Depression, and of the remarkable vision of the Roosevelt administration to see an unparalleled opportunity to put unemployed men to work on projects that restored and enhanced our nation's natural resources. The CCC also restored the men themselves - their bodies, minds, and spirits. From 1933 to 1942, more than three million men served in the Corps.

Over 700 local, state, and national parks were enhanced by the CCC workers, and no other book serves as a guide to the work of the Corps in parks nationwide as does this book. It also serves as a guidebook to to a selection of those parks that best represent the breadth of work by the Corps in all parks, such as structures, campgrounds, trails, lakes, dams, landscape features, etc. These parks are subdivided into two categories: destination state and national parks and other CCC parks which number about 260 more.

Our Mark On This Land contains a foreword by Robert Stanton, National Park Service Director (retired). 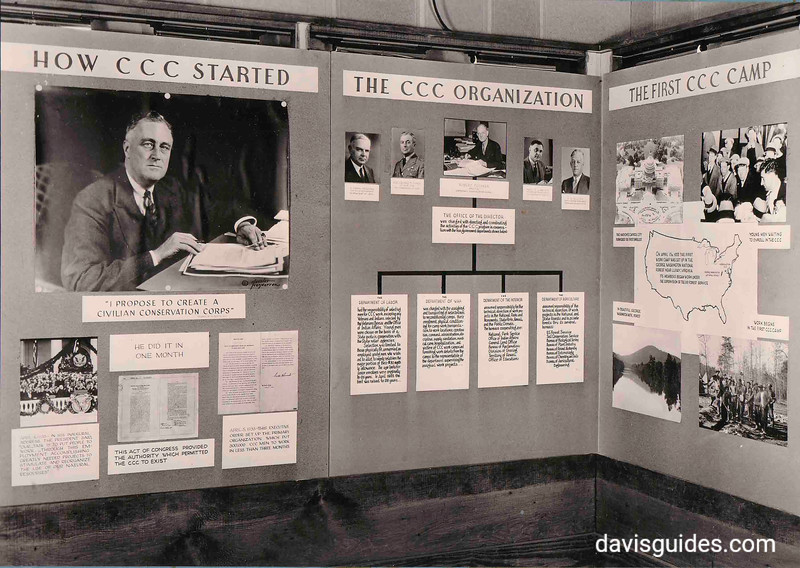